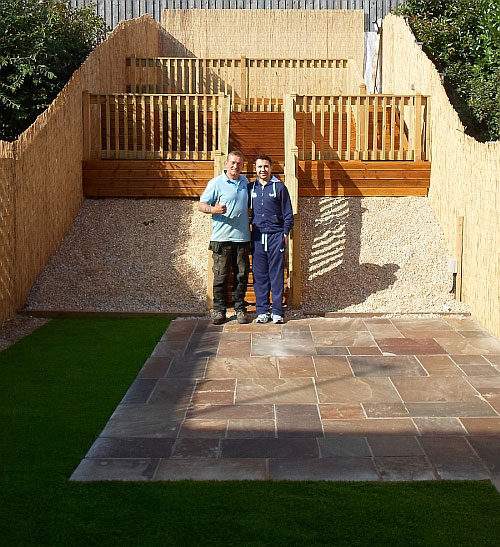 Throughout July and August, the Gardenforce team have been working on a special job for a Paralympic champion.
Will Bayley won a silver medal in Table Tennis at the London 2012 Paralympic games and is currently working towards qualifying for Rio 2016. He asked for our help in transforming his garden after a previous job left him with a garden he was unable to maintain and enjoy.

Read the full story below:

A Rotherham-based landscape gardener has come to the rescue of a London 2012 Paralympic hero, after a careless job left the athlete with a back yard worthy of a backhand.

Table tennis world champion Will Bayley, who now lives in Rotherham, called upon landscape garden design specialists Gardenforce to create a garden deserving of a gold medal, after previously commissioned work left the Paralympian unable to use his garden.

Throughout his treatment, Will practiced every day as a way to take his mind off the pain. Determined to turn his hobby into a career, Will joined the male table tennis team in Kent before relocating to Sheffield aged 17 to represent Great Britain in the British Paralympic Table Tennis Team.

Fifteen years later and dubbed the poster boy of British table tennis, Will secured silver and bronze medals at the London 2012 Paralympics, gold at the 2011 European Championships and last year overcame the world number one in Beijing to be crowned world para table tennis champion.

Will contacted Rotherham-based Gardenforce after a previous landscaping attempt had left the table tennis champion unable to enjoy his garden. He had requested a design which was easy to maintain, but found himself looking onto a raised decked area, which Will found almost impossible access or maintain because of his limited mobility.

“I have always enjoyed spending time in the garden. It’s a place where I can relax, unwind and leave the bat behind for a few hours. I train for six hours a day, starting at nine in the morning and finishing at six in the evening.

“I had some work done on my garden before I contacted Arthur at Gardenforce after finding them online, but the result wasn’t what I had asked for. The garden was left in a mess, the job was rushed and when I went away for training I would come home to an out of control garden that I couldn’t maintain due to my condition. I felt angry, frustrated and didn’t know where to turn.

“Arthur and his team are currently transforming my garden, which will help me to enjoy the decked area and they have re-laid artificial turf. I’ve got a busy training schedule and will be spending time in Slovenia and Denmark in preparation for Rio next year, so it was essential that the garden could be easy to maintain and would remain weed-free for long periods of time. Arthur listened to exactly what I asked for and has given me the garden I always envisioned and it’s great to be able to come home after a long day’s training to relax and enjoy the rest of the summer back in the garden.”

Gardenforce was founded by Arthur Hall in 2007 and provides garden maintenance and landscaping services throughout South Yorkshire. The team consists of highly experienced landscape gardeners who have worked in the industry for many years, ensuring they are the first choice for undertaking residential and commercial gardening work.

Digging deep in someone’s garden is a typical day at work for Arthur and his team, but helping a Paralympian and champion sportsman to find enjoyment in his garden once more is out of the ordinary.

“The priority for both us and Will was the clear need to make the garden as low maintenance and as easy to manage as possible. Will is busy training for the majority of the year and often has to travel to other countries, so a garden that won’t require a lot of work was a key aspect for his garden.

“We have revised the original design, creating a space which offers privacy and a sanctuary away from the hours of training every day, but perhaps most importantly of all it’s one that Will can access, enjoy and relax.

“The Gardenforce team were honoured to have worked on Will’s garden and create a space that he will enjoy spending time in when he is away from the table.” 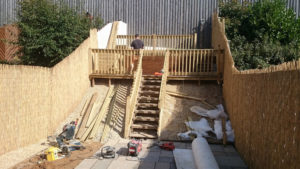 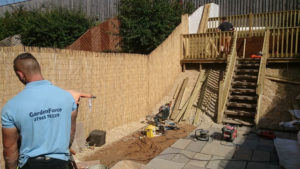 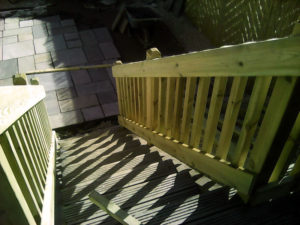 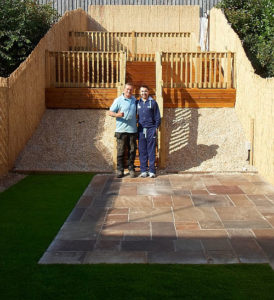 Our top tips for creating a low maintenance garden:

Plants can bring lots of vibrant colours into a garden, but be careful when choosing as some will only last for one season, and may require lots of additional watering and care. Look for hardy perennials, which will keep colour in your garden for many years and don’t require much additional attention

One of the most common mistakes when planning a garden it is overlook the speed and size which shrubs and trees can grow to. Conifers in particular will grow very quickly if not maintained. To avoid surprises check the size of a mature plant when buying.

Hardscaping, a process where lawns and borders are replaced with coloured stones is an increasingly popular choice amongst people looking for a stress free garden. It’s worth remembering that if left, weeds can seed into the gravel and damage the membrane which prevents growth. Rake the gravel regularly to prevent weeds from becoming establishing and pull out new growth regularly.

Remember, the complex the design of a garden, the more complicated it’s likely to be to maintain.

For more information on low maintenance gardening, speak to one of our landscape gardening experts today by contacting 07963 782 219 or 01709 801875. Alternatively, visit our Contact page.